A Bachelor to Die For

A Bachelor To Die For

As a director, writer, and show-runner, Jeff Fisher has been keeping busy across different genres. His past and present film and television projects include Killer Movie: Director’s Cut with Paul Wesley & Kaley Cuoco & Leighton Meester; My Christmas Love with Meredith Hagner; A Bachelor to Die For with Parker Young and Annie Ilonzeh as well as reality tv hits like The Simple Life with Paris Hilton & Nicole Richie; Keeping Up With The Kardashians; The Real World; MTV’s The Challenge; The Real Housewives of Atlanta; Dancelife with Jennifer Lopez; and TLC’s 90 Day Fiancé.

Hallmark Channel’s My Christmas Love was one of sixty movies the network released that year. The crowd-pleasing romantic comedy/musical beat the NFL game in the ratings and became Hallmark’s highest-rated film of the year.

Jeff began his career as a production assistant on Martin Scorsese’s Cape Fear. 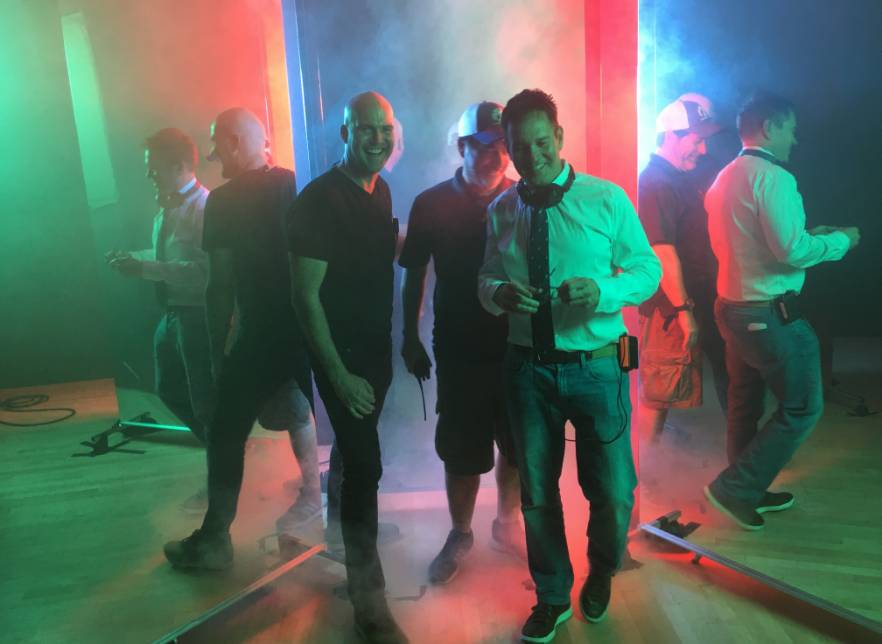 Comedy. Chills and thrills. Musical Numbers. And some of your favorite stars. It's all here! Give it a watch!

Cynthia (Meredith Hagner from 'Search Party') is a hopeless romantic who can't ever seem to give a guy a real chance. That is until she starts receiving each of the '12 Days of Christmas' as gifts anonymously, at her door (a partridge in a pear tree, leaping lords, milking maids... 5 golden rings!). Cynthia must Nancy Drew it through ex-boyfriends to see if there's a suitor on the other end to finally live up to her expectations while prepping for her little sister's wedding. This musical romantic comedy was the HIGHEST RATED HALLMARK CHANNEL TELECAST OF THE YEAR!

Television director Jake Tanner (Paul Wesley) is out of work. The reality show he was working on has been canceled, and his agent (Nestor Carbonell) just landed him a new job. This one on a show tracing the unlikely winning streak of a North Dakota high school hockey team. Jake arrives in White Plains and something seems...off. A local cheerleader (Leighton Meester) has had an ’accident’ that’s left the town shaken. Jake also has to deal with high-maintenance celebrity Blanca Champion (Kaley Cuoco). She’s there trying to bounce back her latest tabloid scandal and doing research for a movie role. But when cast and crew members start disappearing, Blanca proves to be the least of Jake’s worries. The body count is piling up fast, but who could be responsible? The ex-convict from the backwoods? The short-fused hockey coach? The cheerleader’s boyfriend? Jake kicks into overdrive to stop the killer and keep him and his crew alive.

A Bachelor To Die For

Hayley, a producer on the hit reality show LOVE EVER AFTER, unwillingly falls for The Bachelor on this marriage elimination series. Things become complicated very quickly, especially when one of the female contestants turns up dead. That’s when work becomes downright murder...

To get a big promotion, Hayley, an advertising executive who is known for her cutting-edge “swag,” must land a toy company that is all about traditional Christmas as an account. When her boss points out this is an area she knows and cares little about, Haley agrees to go to Christmas Camp in New England to learn everything she can about classic holiday traditions. What starts a work chore takes a turn for the romantic when the Camp owner’s handsome son shows up. Starring Lily Anne Harrison and Bobby Campo. Directed by Jeff Fisher.

Comedy. Chills and thrills. Musical Numbers. And some of your favorite stars. It's all here! Give it a watch!

In this big hit for TLC, couples must marry before international visas expire in 90 days, or else the visitors have to immediately return to their countries. With the clock ticking, these couples discover if their "happily ever after" is meant to be.

Keeping Up With The Kardashians

A peek inside the exploits and privileged private lives of the blended Kardashian-Jenner family, including sisters Kim, Kourtney, Khloé, Kylie and Kendall.

While You Were Out

This HGTV/TLC home renovation show was a reboot of the classic hit and one of the first to combine favorite stars from the HGTV and TLC networks under one banner.

MTV's wildly successful reality competition pits members of THE REAL WORLD and ROAD RULES against each other. Expect lots of bathing suits and lip-lock.

Bargain Mansions host Tamara Day is all about staying true to a home’s architectural design and historical context. But she always finds a way to mix in modern elements.

Follow teams, nominated by friends and family, to traverse the globe and follow clues to win the vacation of a lifetime! Filmed on location in some of the most beautiful locations in the world including Iceland, Morroco and Greece.

A sampling of national commercial spots.

Check out this Branded Content collaboration between Second City and TBS!